Our quest to find the perfect indoor electric grilling appliance continues with the Delonghi Perfecto Indoor Electric Grill. The Delonghi grill has a heating element that is embedded into the cooking grate, similar to the Zojirushi and Gotham Steel grills we recently reviewed. The Delonghi’s heating element has a slight difference: The Perfecto uses a W-shaped element inside the grate. We expect a different level of performance with this grill based on the added length and coverage from the heating element shape. Let’s see if that’s the case and if it stacks up otherwise as well. The Delonghi Perfecto Indoor Grill comes in 6 pieces and assembles in 10-15 minutes. It shares similar features to some of the other grills we have reviewed: a non-stick cooking grate, a plug with integrated temperature controller, a metal drip pan, and a plastic base. The Delongi Perfecto also comes with a glass lid with plastic handle, which is a new feature not seen on any of the other indoor grills reviewed so far. The plastic handle that attaches to the glass lid must be installed by the user with a screwdriver. The plastic base has a recess on both sides of the base, so the cooking grate can face either way. You can also plug it in similarly to the Gotham Steel grill we reviewed. 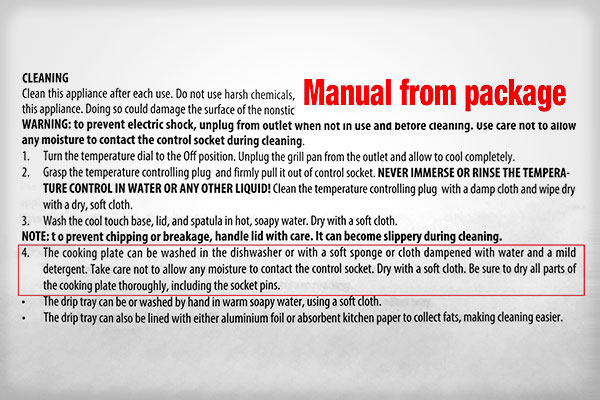 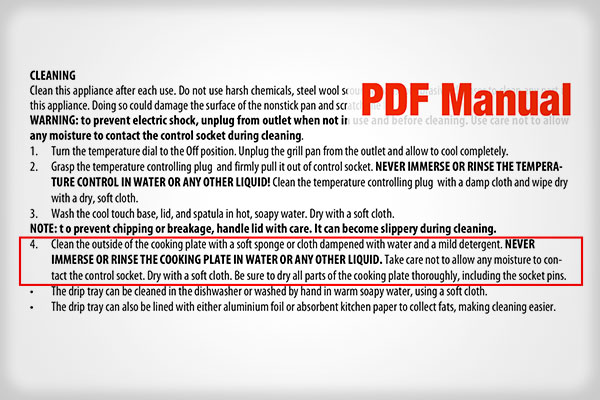 Adding water to the drip pan is stated as a feature, but is optional with this grill, as it was with some of the other grills we have reviewed. After adding some water to the drip pan, we proceeded by turning the grill on high for a 10-minute preheat, as recommended by the product manual. We observed the grate temperature measuring the hottest areas at each end of the grill length-wise. At 1500 watts this unit heated to the 470ºF, as described in the features, in short order—peak measurements reached just under 550ºF after 10 minutes of heating. The grate temperature was observed with an infrared digital thermometer, reaching the hottest points on the left and right sides of the grill directly over the heating element. The center of the cooking grate remained as the “medium” temperature grilling area.

When we added proteins and vegetables to the cooking surface, we expected a vigorous sizzle. This, however, was not the case. This was unexpected since this grill has a high wattage heating element embedded into the cooking surface like the Zojirushi grill. While the grill reached average temperatures of up to 470ºF+ as checked with our infrared thermometer with no food, adding the proteins dropped the temperature significantly, similar to what we found with the Gotham Steel grill. It also took longer than we expected to achieve internal finish temperatures for proteins. The proteins were cooked to the desired internal temperature but lacked a more aggressive sear that we observed from some of the other smokeless grills we reviewed. The vegetables were barely warm and finished unevenly after cooking on high at the same duration as the proteins. The included glass lid is a nice touch. The lid can help contain grease spatter while cooking and allows you to use the grill as a roaster. The large cooking grate enables you to cook more food than some of the other indoor smokeless grills we reviewed and the tall lip around the edges lets you easily flip foods with a spatula. The non-stick properties of the cooking grate and the drip pan performed as expected and were easy to cleanup. The potential of a “dishwasher safe” cooking grate with integrated heating element would be nice, but we question whether it is safe with this product. The recesses in both ends of the grill allow you to plug the temperature controller in from either side of the base, depending on the orientation of the cooking grate in the base.

First and foremost, the conflicting information about the “dishwasher safe” cooking grate could potentially be hazardous and cause injury to the user. This needs to be clarified by the manufacturer before we could recommend this product.

We were surprised that the 1500W heating element didn’t produce the sear we expected—based on our reviews of similar wattage grills. We are unsure if the added length of the heating element due to the “W” shape contributed to this, or if the grate design, grate thickness, or some other unknown factor was at play. The plastic handle for the glass lid shipping as a user-installed item seemed like a strange manufacturing shortcut.

This grill has many of the same features as the prior electric units we reviewed, but if you like to roast or contain grease spatter the included lid is a plus. Easy cleanup of the components and the ability to shield grease spatter with the lid (keeping adjacent areas cleaner) is a feature worth considering for those that have smaller counter spaces. It is recommended to only hand-wash the cooking grate due to potential safety concerns since the “dishwasher safe” statement is conflicting.

The highest cooking grate temperature we achieved with no food on the grill hovered around 540ºF and settled in around 470ºF after a few cycles of the controller’s thermostat. We were shocked that adding food dropped the temperature significantly enough to cook slower than we expected and produced a weak sear—similar to the Gotham Steel grill. Foods cooked on this appliance lacked good sear marks. The flavor of the proteins was acceptable and they finished evenly, albeit in a longer time than expected based on the specified wattage of this appliance.